Triumphal Arch stands in majestic isolation in the centre of the square. Ordered by Napoleon as a memorial to the Grand Army, it was begun by Chalgrin in 1806. Completed in 1836, it has a single archway and actually exceeds in size the Arch of Constantine in Rome: it is 164 feet high and 147 feet wide.

On the faces of Triumphal Arch are bas reliefs, the best known and finest piece being that on the right, on the part of the arch facing the Champs-Elysees, depicting the departure of the volunteers in 1792 and known as the Marseillaise (F. Rude).

The bas reliefs higher up celebrate the victories of Napoleon, while the shields sculpted on the attic bear the names of the great battles. Under the arch in 1920 the Tomb of the Unknown Soldier was placed and its eternal flame is tended every evening. In a small museum inside the arch itself there is a  history of the monument. 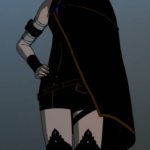 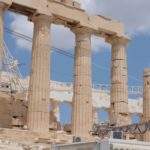