House of Artists ( Dum umelcu ) – This grandiose construction, with its elegant architectural forms, stands majestically on the banks of the Vltava and overlooks the square named after Jan Palach, the martyr of the ” Prague Spring ” in 1968. It is also known as the Rudolfinum, as it was named in honour of Rudolph of Habsburg.

It was built in the second half of the 19th century by J. Zitek and J. Schulz. Once the seat of the Czechoslovak Parliament ( 1919 – 1939 ), it is considered to be one of the most outstanding examples of neo – Renaissance architecture in Prague.

An allegory dedicated to Wagner adorns the main entrance, while the balustrade is decorated with statues of illustrious artists and musician. Of particular interest inside the building is the sumptuously decorated Dvorak Hall. Close to the river is the Statue of Josef Manes, by B. Kafka ( 1951 ). The nearby Manesuv most is also named after this Czech artist. 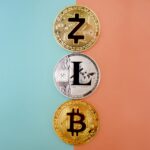