It stands on a limestone hill 425 feet high where, according to the legend, St Denis, the first bishop of Paris, was beheaded in about 250 A.D., along with the priests Eleutherius and Rusticus.
Because of its strategic position, dominating the whole of Paris, Montmartre has also had an important part in the city’s political history. In fact the Commune began from an incident here in March 1871. Then throughout the 19th century Montmartre was the mecca of all the Bohemian artists and for a long time it maintained its place as the literary and  artistic centre of the whole city.

MONTMARTRE CEMETERY – The entrance is in Avenue Rachel. Opened in 1795, it contains the tombs of many famous figures: painters like Fragonard, Degas and Chasseriau; writers such as Theophile Gautier, Edmond and Jules de Goncourt, Stendhal, Emile Zola, Alexandre Dumas the Younger and Heinrich Heine, and the composers Hector Berlioz and Offenbach. There are also the tombs of the playwrights Labiche and Giraudoux, the actors Sacha Guitry and Louis Jouvet, the celebrated Russian ballet dancer Nijinsky, and the famous Alphonsine Plessis, better known as the “Lady of the Camelias”.

PLACE BLANCHE – Lying at the toot of the Montmartre hill, it owes its name, meaning “White Square”, to the chalk roads which once existed here. It is overlooked by the long sails of the Moulin Rouge, the music hall founded in 1889; among the artists who performed on its stage were Jane Avril, Valentin le Desosse and La Goulue, and here the can-can was born, immortalised in the canvases of Toulouse-Lautrec.
From here, by way of Boulevard de Clichy, lined by many modern cinemas and beer halls, one reaches Place Pigalle, a bustling scene, particularly at night, when its night clubs turn on their many lights. Boulevard de Rochechouart, which begins here, is also filled with places of entertainment, including the dance hall, the Boule-Noire, at no. 120, and Taverne Bavaroise in front of it. At. no. 84 was the famous Chat-Noir cabaret, recalled so often in the songs of Aristide Bruant, founded in 1881.

ST-JEAN-DE-MONTMARTRE – Near Square Jehan-Rictus, it was completed in 1904 by de Baudot, and is interesting as the first church in Paris built with reinforced concrete. It is known to the people of the area as St-Jean-des-Briques  (St John of the  Bricks)  because of its brick exterior.

THE BATEAU-LAVOIR – Continuing by way of Rue Ravignan, we reach a small square, Place Emile-Goudeau. This was the site of the Bateau-Lavoir, a small wooden building unfortunately destroyed by a fire in 1970, where modern painting and poetry were born in about 1900. In it Picasso, Braque and Gris worked (Picasso painted the Demoiselles d’Avignon, which marked the birth of Cubism, here), and while they were revolutionising the traditional canons of painting, Max Jacob and Apollinaire were doing the same for poetry.

RUE LEPIC – It begins in Place Blanche and winds up towards the top of the hill. In autumn there is a veteran car rally which follows the street’s steep curves. At no. 54 Vincent Van Gogh lived with his brother Theo. Nearby is the celebrated Moulin de la Galette, the last remaining windmill dating back to the 17th century and a former dance hall, which inspired paintings by Renoir and Van Gogh. 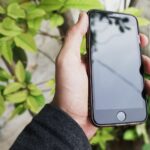