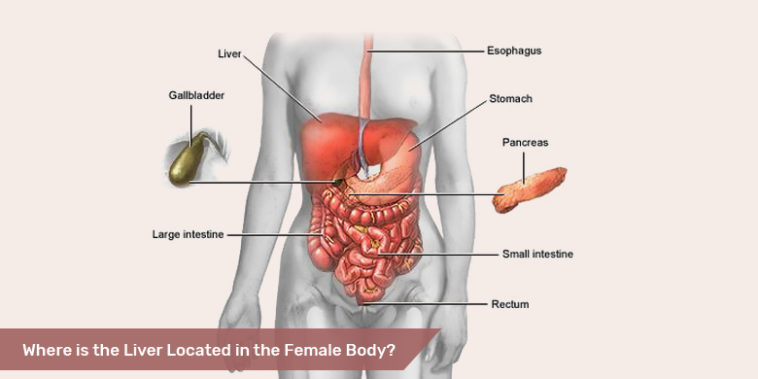 If a female is feeling excruciating pain in the upper right quadrant of the abdomen, it might be due to liver disease. Understanding such a condition is one of the reasons why you should learn where is the liver located in the female body.

This irregularly shaped gland resides at the same place in both the genders. However, it may weigh differently in males and females. That is, the former usually has a heavier hepatic organ than the latter. Its weight in males ranges from 0.97 kg to 1.86 kg, whereas in females it varies from as low as 0.60 kg to as high as 1.77 kg in mass.

The variation of liver mass across genders may definitely affect the size of the organ. And the size is something that you define in terms of the measure of the dimensions. As dimensions vary, the location of the liver would slightly change in human males and females.

Where Is the Liver Located in the Female Body?

Basic understanding of the following concepts will help you precisely trace where is the liver located in the female body.

Where Is the Liver Located in the Female Body?

According to the statistics given by the National Institutes of Health, the average length of the liver is 26 cm in males and 25 cm in females. On the other hand, its average thickness in males is 22 cm, while in females it is 21 cm.

Regarding the shape of the liver, it can be defined as an irregular, hemispheric, or wedge-shaped structure. Depending on the angle of your observation, the hepatic organ can be divided into two or four lobes. It will be easily distinguishable into the right and left lobes when viewed from above. On the other hand, four irregularly shaped lobes (right, left, caudate, and quadrate) will be visible if you view the organ from below.

Your body is divided into different cavities, two of them being the thoracic and abdominal cavities. Both these chambers lie on the ventral side of the body and are separated from each other through a membrane, called diaphragm. Lying superior to the abdominal cavity, the thoracic cavity is enclosed by the rib cage and gives protection to the heart and the lungs.

The ribs also enclose the upper part of the abdominal cavity. And it is this region where the liver lies in both the males and females.

The Peritoneum is the membrane lining the abdominal cavity. All the abdominal organs, except the kidneys which are retroperitoneal, are enclosed by this membrane including the liver.

The liver in both the females and males lies in the region, called the upper right quadrant of the abdomen. As you can see in the liver pictures, the organ seems protected by the lower right ribs. Externally, if you vertically drag your hand on the right side (opposite to that of the one where the heart resides), the point where the right ribs end is the location of the liver in females (and males too).

If a female feels pain in this region, she is likely to be suffering from liver disease. It is because a liver condition may cause the Glisson’s Capsule (the layer of the dense, fibroelastic connective completely covering the liver) to swell and generate a sensation of pain. 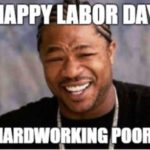