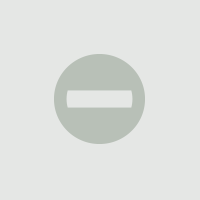 From WikiFur, the furry encyclopedia.

Tumbles the Stairdragon is the name given by certain members of the furry fandom to a furry who tried to commit suicide at Furry Weekend Atlanta 2007 after being ejected from an furry convention room party.

In February 18, 2007, at 01:00 AM, the furry in question was ejected from a LOLFurries room party at FWA for harassing other members and being heavily inebriated:

After being ejected from numerous parties, the person in question moved to the outdoor area behind the convention space, mumbling and apparently angry, with nobody approaching him.

At first, he reportedly tried to slit his throat with the broken lens from a pair of sunglasses.He threw himself down the cement stairs adjacent to the hotel’s smoking area, getting stuck in the railings halfway down. Several people were present, including 40oz Hyena and Icono of LOLFurries, to witness the actual event.

At this time, the con-attendees were moved inside, and he was not moved for fear of a head/neck injury. An ambulance and the police were called, and convention areas were shut down until the situation was dealt with and the police conferred with the witnesses of the event. He initially resisted arrest, but was quickly subdued due to his state.

Word spread rapidly online, and within days the character/meme Tumbles the Stairdragon was born.

A dragon was chosen to depict him, despite the furry’s husky fursona, partly due to the stereotype that dragons are more prone to mental instability, and partly because he had been described as a scalie.Several illustrations of the character were created.

reportedly quipped that it would have been funnier if he had done it on the escalators,while Nothingkat chided the fandom for their callous response.

The following year people were surprised that the same person attended the con again. Most of the surprise was over the rumor that he had been banned from FWA, the Sheraton, or both.