Life inside the Forbidden City: how women were selected for service

Women were selected as xiunu (elegant females) for the court as early as the Jin Dynasty (265-420 AD) and the selection criteria ranged from emperor to emperor. In the Ming dynasty, for example, no household was exempt from the selection. According to statutes, all young unmarried women went through xiunu selection process. Only girls who where married or with certified physical disabilities or deformities were exempt.

But the Qing Emperor Shunzhi (1638-61) began to exclude most of the Han population by limiting selection to “Eight Banners” families, who were mainly Manchurian and Mongolian. (Eight Banners was a Manchurian administrative and military framework.)

REQUIREMENTS FOR SELECTION
During the Qing dynasty, girls were brought on the appointed day to the Shenwu (Martial Spirit) Gate of the Forbidden City for inspection. They would be accompanied by their parents, or… 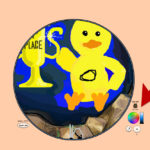