Czernin Palace ( Cerninsky palac ) – Now the seat of the Ministry of Foreign Affairs, the distinguishing marks of this majestic building are its imposing size and the massive colonnade which runs the length of the facade.

The whole length of the ground floor level is constructed with massive diamond – pointed rustication. Work was begun on the palace in the second half of the 17th century by order of the Ambassador to Vienna, Count Czernin of Chudenice. It was completed towards the end of the century under the supervision of the diplomat’ s son, Hermann Czernin.

The many eminent Italian artists who took part in the construction of the palace made some outstanding contributions, among whom was F. Caratti.

In the first half of the 18th century the adjoining garden was added, as was the magnificent stairway with its ceiling fresco by V.V. Reiner ( Fall of the Titans ). During the same period, F.M. Kanka made some adjustments to the building. Towards the middle of the 18th century renovation work was needed, following the French occupation, and this was carried out by A. Lurago who added three doorways and rebuilt the garden Orangery in Rococo style. Around this time I.F. Platzer produced several sculptures which now decorate the palace halls.

The Czernin Palace  is the largest of the baroque palaces of Prague, which has served as the offices of the Czechoslovak and later Czech foreign ministry since the 1930s. It was commissioned by the diplomat Humprecht Jan Černín z Chudenic, the Habsburg imperial ambassador to Venice and Rome, in the 1660s. 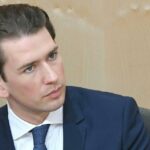 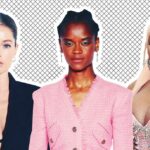