An essay in three parts by Susan Barsy.
All rights reserved.

PART ONE
2008: THE CRITICAL ELECTION THAT WASN’T

A touchstone of my thinking is the election of 2008, which in my mind I refer to as “the critical election that wasn’t.”  For historians, the term “critical election” has a special meaning.  It doesn’t mean simply an election that is vital or all-important; it means one that changes the party system itself, by re-defining what one or more of the political parties represents.  In a critical election, the parties themselves undergo significant change, as the central ideas around which they are organized are reformulated in ways that are fundamental, many-sided, and long lasting.

Whereas every presidential election cycle introduces some new ideas and personalities, not every election produces change in the parties’ basic beliefs and ideas.  A critical election is a rare sort of generational event that attains landmark significance because, by aggregating ideas in a new and different way, it charts a new direction for the country and opens up new possibilities.  When such an election occurs, the basic message of an entire political party is transformed.  Political parties sometimes die; new parties emerge.  So, critical elections are about more than… 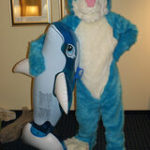 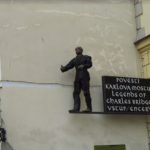