This was called the “Versailles of the middle ages” and its history is closely linked to the history of france. The forest of vincennes was acquired by the crown in the 11th century and philippe auguste had a manorhouse built there, to which louis ix added the chapel.

The castle, built by the valois, was begun by philippe vi in 1334 and completed by charles v in 1370: in this period the keep, part of the chapel and the surrounding walls were constructed.

In 1654 mazarin (who had become governor of vincennes two years before) commissioned le vau to erect two symmetrical pavilions for the king and queen. From the beginning of the 16th century up until 1784, the monarchs preferred versailles to vincennes, and the keep, where they had previously resided, became a state prison.

In 1738 it became a porcelain factory (transferred to sevres in 1756), and napoleon i converted it into a powerful arsenal, where in 1814, under its governor, general daumensil, it opposed a heroic resistance to the allies. It was modified by louis-philippe, who made it a rampart in the city’s defences, and then its restoration was begun by viollet-le-duc under napoleon III.

Unfortunately the castle was seriously damaged on 24 august 1944, when the germans blew up part of its fortifications and set fire to the king and queen’s pavilions.

The castle is built in the form of a great rectangle, surrounded by a deep moat and formidable walls, on which there are towers which have been reduced in height.

The entrance tower, the Tour du Village, is the only one apart from the keep which has not been lopped: it is 138 feet high and although the statues which adorned the outside of it have been lost remains of Gothic decoration above the entrance portal  can  still  be seen.

On the west side stands the magnificent keep, the sturdy but graceful lines of which convey the essential idea of 14th-century military art. The tower is 170 feet high and has four semicircular turrets at the corners. It too is surrounded by a wall and has its own moat; around the top of the wall runs a covered passage.

In the centre of the side opposite the entrance, the south side, is a tower called the Tour du Bois, lowered by Le Vau and transformed into a monumental entrance. In the moat on the right, at the foot of the tower called the Tour de la Reine, is a column indicating the exact spot on which the Prince of Conde, Duke of Enghien, was executed on 20 March 1804, accused of plotting against Napoleon.

The last side of the castle has five towers, all lowered in height.

Visiting the interior. The huge courtyard is entered via the Tour du Village. At the end on the left is the Chapel.

Begun under Charles V in 1387, it was completed under Henri II in about 1522. In the Flamboyant Gothic style, it has stone rose windows and fine openwork on the facade. The spire has unfortunately been lost.

It is without aisles and is illuminated by large windows around the base of which runs a fine frieze. The stained glass, much restored, dates from the middle of the 16th century and depicts Scenes from the Apocalypse. In a chapel is the tomb of the Duke of Enghien.

In front of the chapel stands the KEEP, which since 1934 has contained a historical museum. Its three floors thus have on display relics of the kings and of great figures who lived there. The floors are all laid out in the same way: they have a vast vaulted hall with a pillar in the centre and four small rooms in the corners, originally for private use but later converted into cells.

From the terrace there is a splendid view of Paris, the wood and the surrounding areas. Also in the courtyard are the two pavilions of the King and Queen. In the first, on the right, Mazarin died in 1661; the second is now occupied by the  Historical Section of the Navy.

The Bois de Vincennes, extending over 2300 acres and the largest in Paris, was given to the city by Napoleon III to be transformed into a public park.

This vast area includes, in the western part, the Lac des Minimes, a picturesque lake with three small islands; the nearby Indochinese Temple, erected in memory of the Vietnamese who died in the first world war;
The Tropical Garden, with its entrance at no. 45 Avenue de la Belle Gabrielle; and the Floral Park, in which hundreds of different types of flowers bloom all year round and which also contains the exotarium, with tropical fish  and  reptiles.

Its main entrance is in Avenue Daumensil. It is one of the finest and largest zoos in Europe: it has an area of 42 acres and contains 600 mammals and 700 birds. There is also a large artificial rock 236 high, on which the mountain sheep are kept.

MUSEUM OF AFRICAN AND OCEANIAN ART

The main entrance is at no. 293 Avenue Daumensil. The building which contains the museum was constructed in 1931 for the Colonial Exhibition. The various sections of the museum include African Negro sculpture, the indigenous art of the French colonies and the economic and social life of the African countries. 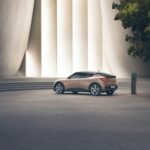 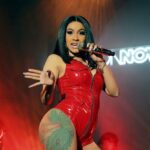