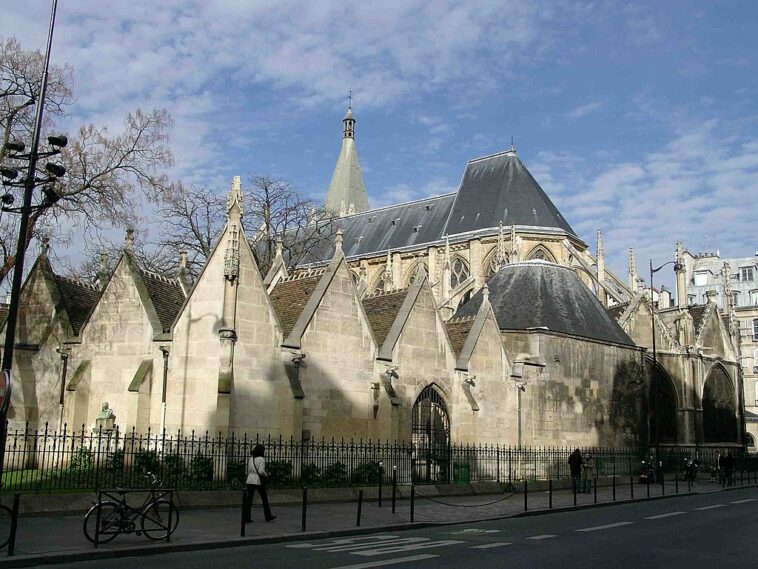 From as early as the end of the 11th century, St-Severin was the parish church of the whole Left Bank. Its construction as it stands today was begun in the first half of the 13th century and lasted until the end of the 16th.

Here, legend relates, Dante came to pray at the time of his hypothetical trip to Paris, perhaps in 1307. The west door, dating from the 13th century, comes from the church of St-Pierre-aux-Boeufs, demolished in 1839. The windows and rose window above it are in the Flamboyant Gothic style of the 15th century, while the bell tower standing on the left is from the 13th century. Small sculpted cusps run along the sides and around the apse of the church.

It is 164 feet long, 112 feet wide and 56 feet high, with five aisles, no transept and a small chancel. The first three bays of the nave are the oldest, belonging to the 13th century, while the others date from the 1 5th and 16th centuries.

Above the arcades is the triforium gallery, the oldest in Paris. In the first bays, the pillars are adorned with capitals, unlike those of the following bays, which are in the Flamboyant Gothic style. The apse has five arcades which are higher than those in the chancel.

Admirable in the chancel is the splendid double ambulatory, erected between 1489 and 1494, with its multiple rib tracery radiating out from the top of the columns. The windows have beautiful stained glass from the end of the 15th century.

The stained-glass window in the facade illustrates the Tree of Jesse (early 16th century). ST-JULIEN-LE-PAUVRE – Although small, this church is extremely picturesque. It is one of the oldest churches in Paris, its construction dating back to the same period as that of Notre-Dame (from about 1165 to 1220). Since 1889 it has been a Catholic church of the Malachite rite.

The structure of the church was considerably modified in the 17th century, when two bays of the nave and the facade were demolished. Interior. It has three aisles, pillars with fine capitals carved with acanthus leaves, and three apses. RENE VIVIANI SQUARE – This small square planted with lime-trees stands in front of the church. Here, in 1683, a Robinia tree was planted: introduced from North American by the botanist Robin, from whom it took its name, the tree is now one of the oldest in Paris.

The view of the side of Notre-Dame from here is perhaps the finest in the city. 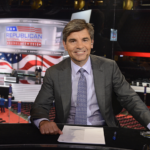 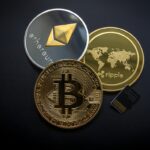