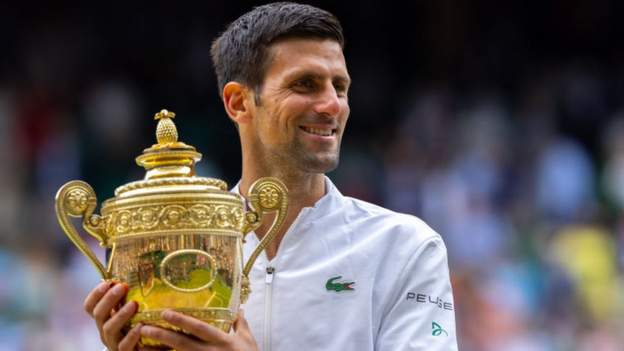 It will be a “major surprise” if Novak Djokovic does not win 25 Grand Slams, says tennis legend John McEnroe.

Only Margaret Court, Serena Williams and Steffi Graf have more, but McEnroe expects Djokovic to surpass them too.

“Djokovic is playing better than he has ever played,” he told BBC Sport.

“I think he will probably win at least four or five more, obviously depending on staying healthy.”

After triumphing in the Australian Open and French Open too, Serbia’s Djokovic has now won all three Grand Slam titles this year.

With the Olympics and US Open coming up, he could emulate Graf’s 1988 ‘Golden Slam’, though says he is “50/50” about playing in Tokyo.

“Djokovic has put himself so far out in front of everyone in terms of his ability to embrace what he is doing – in terms of creating history – and being able to execute under a lot of stress,” said McEnroe, who won seven Grand Slam singles titles.

“You’re trying to break the all-time records – there is a lot of pressure. He’s able to play his best tennis at this point.

“You expect that to go on for another couple of years, unless someone steps up and realises how great they are.”

What defines the ‘GOAT’?

For some, the ‘greatest of all time’ (GOAT) discussion is frivolous and does a disservice to the achievements of each player in their own right.

Looking purely at the numbers – where head-to-head records, rankings and other titles also need to be considered – does not tell the full picture.

It is not possible to quantify their different playing styles, how they have adapted their games, their physical and mental strength, nor how they have overcome the tough moments that have peppered all of their careers.

But it does provide the framework for the debate.

“It is incredible because in all other sports you have debates. Lionel Messi or Maradona? Michael Jordan or LeBron James?” said McEnroe.

“It’s rare when you get three guys who are playing at the same time and it would be hard to argue they aren’t the best three players ever.

“That’s not just based on the number of majors, which obviously is a big thing, but their overall bodies of work. It… 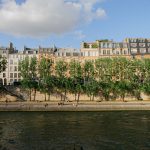