Entrance to the museum is on the right of the courtyard. On the first floor are collections of furniture, works of art and paintings which illustrate the Paris of Louis XIV, Louis XV and Louis XVI.

On the ground floor, on the other hand, most of the rooms are dedicated to the Revolution and the First Empire.

Among the museum’s most interesting relics are the bill of indictment of Louis XVI and the key of the Temple in which the royal family was imprisoned, the dressing table and chair used by Marie-Antoinette in the Tower of the Temple (on the table are perfume bottles and a miniature of the Dauphin which the queen made during her imprisonment), the shaving plate and razors of Louis, a game of tombola and an exercise book belonging to the Dauphin, a model of the guillotine, the page of the appeal which Robespierre was signing when he was arrested (the first two letters of his surname and his bloodstains can still be seen), the sword and epaulettes of La Fayette, and the Phrygian cap and pike belonging to Lefebvre. 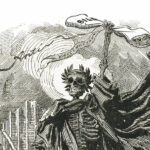 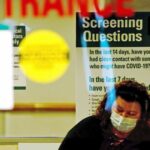